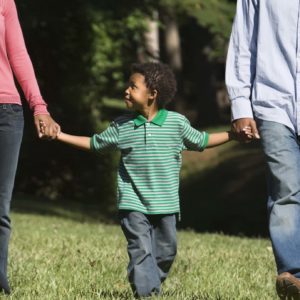 The terms ‘custody’ and ‘access’ are often confusing to parents. Even the courts will use the term ‘custody’ when, in actuality, they are referring to access.

So what is the difference? How do they affect your rights as a parent?

Custody refers to the parental control over, and the parental responsibility for, the care, upbringing and education of the child. This is irrespective of the obligations to support the child, or the right, if any, of access to the child.

Access refers to the time a parent physically spends with the child. The entitlement to access includes the right to make inquiries and to be given information concerning the health, education and welfare of the child.

Even with the above noted difference between custody and access, the terminology used by the courts can leave you confused. Below is an explanation of the various terms.

Sole custody means that one parent has the exclusive custody of a child, and therefore, has full parental control over, and ultimate parental responsibility for, the care, upbringing and education of the child, generally to the exclusion of the right of the other parent to interfere in the decisions that are made in exercising that control or in carrying out that responsibility.

Joint custody means that both parents share in the decision-making authority over the significant child-rearing issues, such as education, health care, and religious upbringing.

It has traditionally been understood to mean that the parents must make decisions in each of these areas jointly, with the result that parents must resort to the court or another third party decision-maker when they cannot agree.

Joint custody orders do not necessarily require the child to spend equal time in the physical care and control of each custodial parent. Rather parents may exercise joint legal custody with respect to decision-making authority, but the child may reside primarily with one parent and have reasonable access with the other.

This is a sub-category of Joint Custody in which the parents share the physical time with the child and each parent has the authority to make day-to-day decisions regarding the child, without consultation, while the child in his or her care. However, the parents’ authority over significant decisions is then split between the parents to avoid the need for consultation between them. In this situation, for example, one parent may decide on where the child will be educated, while the other may make the decisions regarding the religious upbringing.

Parallel parenting is not co-parenting, or shared parenting. Its purpose is to maintain contact between the children and each parent, while minimizing interaction amongst the parents themselves.

Shared Custody also refers to the physical custody of, or access to, the children where the access to the child is split almost equally. In a shared custody arrangement, the child resides primarily with one parent and spends not less than 40% of the time, over the course of a year, with the other. When the child is with one parent, it will be up to that parent to make the day-to-day decisions required during that access time.

There can be situations where there is shared custody but not joint custody but the courts are reluctant to grant shared custody arrangements. They require greater co-operation and communication between the parents and parents must have sufficient resources to provide a child with two homes.